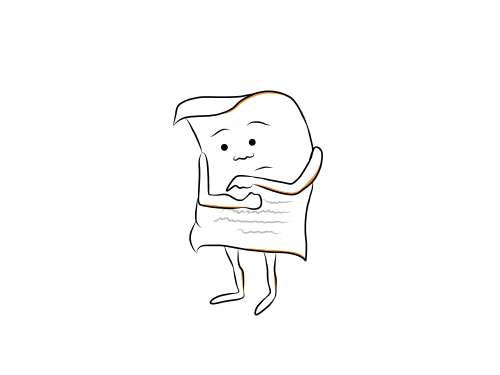 A sub-lease contract is not a contract stipulated by law. Although the Civil Code takes note of it, it does not regulate it as a contract and we therefore consider it to be innominate – not named. This does not mean that it is completely invalid, or wrong, or otherwise bad. By no means. It just works differently!

First of all, if the contract is innominate, then the weaker and stronger party cannot be determined by law. They are both considered equal, and if you have read the previous article carefully, then you already know where the devil is hidden. Especially it is not true that the law is applied preferentially. So what is in the contract – applies and is legally valid - enforceable! In the previous case, in the case of a lease contract, if the landlord in the contract prohibits the animals in apartment, it is as if it is not there at all. If the landlord forbids it in sub-lease contract, it's fine and you are really not allowed to have the animals in the apartment. What is in the contract is essential here.

In addition, the sub-lease always ends with the lease. And the lease can either end with a notice period - which would be all right, but it can also end with the agreement of the parties! (So ​​the owner and the tenant - the subtenant has no word here) So if the owner of the apartment wants to evict the subtenant immediately, he will simply terminate the lease with the tenant. For example - to tomorrow, and se the sublease will end tomorrow. Legally perfectly fine. Morally, we can think whatever we want...

Judicial practice has shown us in recent years that this does not have to be so terrible. If the landlord were to try to circumvent the possibility of concluding a lease by such an agreement, such a sub-lease agreement would take the form of a dissimulated act and that would mean that the agreement would be considered as if it were a lease contract. (This is the case if the landlord, for example, concludes a lease with his relative and he then subleases with you, etc. In other words, if it is clear that he could have concluded a direct lease contract, but he chose the sub-lease procedure to circumvent the law) However, such a situation would be difficult to prove by the subtenant, and this is often a problem itself, so for practical use we take this case more as a legal theory and stick to the assumption: ,,In the lease contract, the law applies first - in sub-lease contract, the contract applies first.“

This is not the case in all cases, there are situations where the sub-lease is in place, however, if we are talking about the fact that you want to rent the whole apartment in which you want to live alone / with your family, then the sublease is definitely an unfavorable contract for you. And you will be much more comfortable sleeping with a tenancy agreement.

Next: Void paragraphs in Lease contract